The key differences between operating leases vs finance leases

Operating leases and finance leases are two of the most common types of contracts that companies use today. Understanding the differences between them is critical to commercial success, and anyone running a company should carefully weigh their options when considering contract agreements.

There are several different ways to distinguish between operating leases and finance leases, and this blog will not only define each lease type but outline the key differentiators between the two.

What is a finance lease?

A finance lease (sometimes referred to as a capital lease) is a type of lease in which a company has the accounting characteristics of owning the asset for the lease duration. The lessee has operating control over the asset and shares some of the economic risks and returns from the change in the underlying asset valuation.

What is an operating lease?

An operating lease is a type of lease in which the lessor allows the lessee to use an asset for a short period in place of periodical payments but does not transfer the asset’s ownership rights.

Under IFRS accounting standards, if the risks and rewards are fully transferred, it is a finance or capital lease. Sometimes this can be hard to determine, so the IASB outlines it as if one of the following criteria apply:

Before the introduction of IFRS 16, numerous operating leases were recorded off the balance sheet. However, this changed, and all leases must now be treated in the way that finance leases are treated under IAS 17 except for those that meet the practical expedient for low value/short-term leases. Lessors are required to show a lease receivable and a future flow in income for each lease. To get a more thorough understanding, read our blog on the changes to accounting for operating leases under IFRS 16. 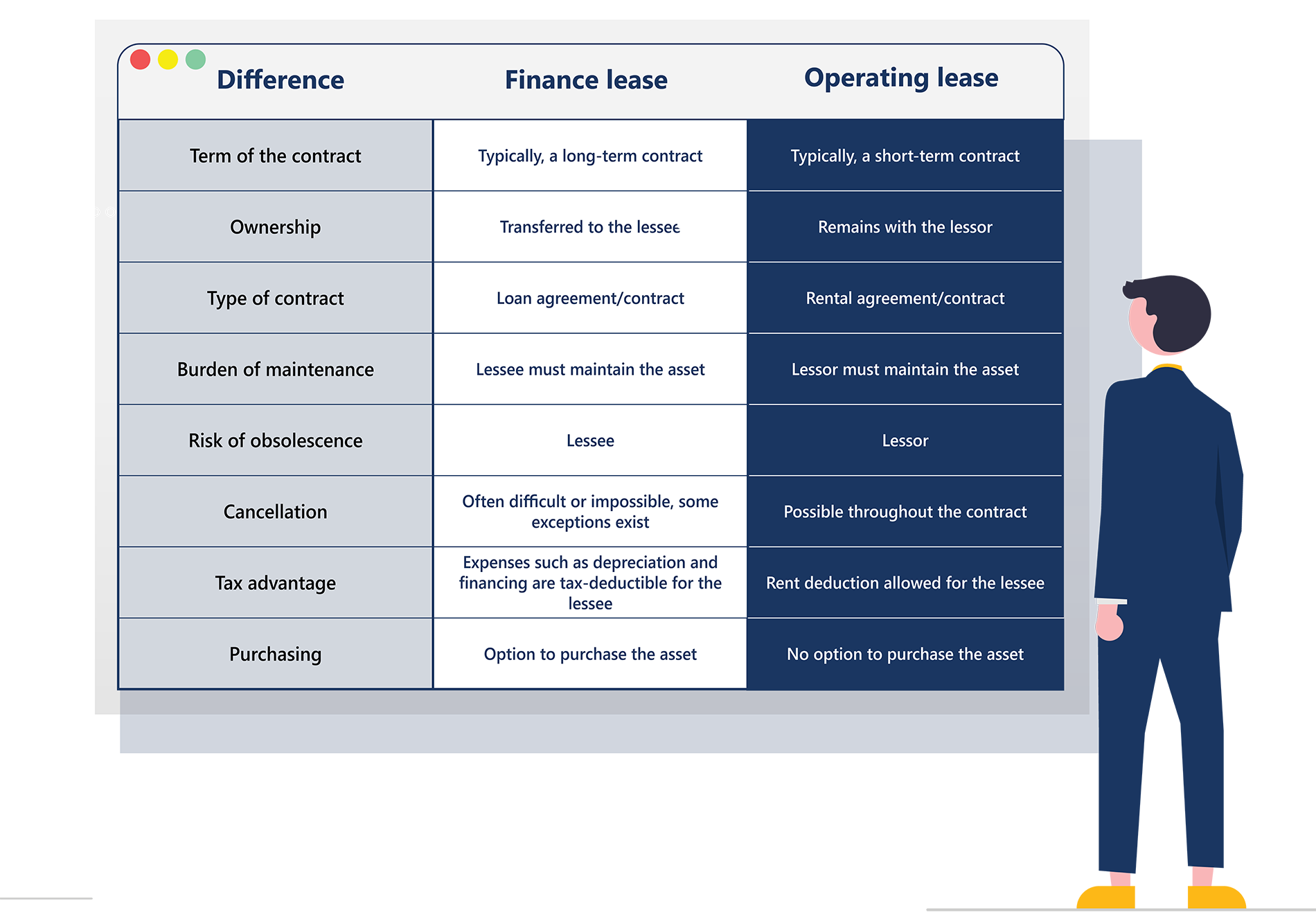 Whether you’re working with operating or finance leases, the administrative burden can overwhelm companies that do not have the right software. Investing in purpose-built property management software will be essential to effectively managing operating and finance leases and enabling your company to remain compliant.

Understanding the differences between operating and finance leases is essential. Every company’s demands are different, and fully understanding the compliance demands and risks can help you decide which option works best for you, whether you’re the lessee or lessor.