Subscriber churn metrics are essential for any SaaS company hoping to scale as they give insight not only into where you’re going wrong but how you can fix it. Traditionally, churn rates were hard to calculate. If you think of the average bricks and mortar set up, it’s easy to see that getting reliable data and churn metrics could be tricky.

In contrast, today, you’re equipped with more than enough data to easily track churn metrics and use this information to make adjustments where needed. The benefit of knowing your churn rate, it being able to try and reduce it.

Your churn metrics are a good litmus test for business health and viability. Happy customers will continue their subscriptions, but if you have a high churn rate, there may be elements of your service that need tweaking.

It’s easy to overlook churn metrics, and often companies wait until it’s too late before they focus on it (i.e., churn rates are soaring, and so they start to worry). Arguably, it’s better to focus on reducing churn rates even when they are low. Trying to figure out why customers are leaving is valuable information, as it allows you to find ways to keep customers and tweak your services before more subscribers jump ship.

Many SaaS companies have ignored churn metrics to their detriment. It’s not hard to do. When funding is skyrocketing, and the scale of your operations is expanding, it may feel unnatural to focus on a few losses, but those losses can start to accumulate.

Blue Apron is a cautionary tale for any business that thinks they can ignore subscriber churn metrics. They experienced phenomenal growth, but 72% of their customers cancelled subscriptions within the first six months. If they had focused on reducing those churn metrics, perhaps they would have found ways to make their business model more sustainable.

What is subscriber churn?

Subscriber churn is the rate at which customers cancel their subscriptions with a service. It is often expressed as a percentage and given a time constraint. For example, an average monthly subscriber churn would be the number of subscribers who discontinue their use of a service on average per month.

The two types of subscriber churn

What is voluntary subscriber churn?

Voluntary subscriber churn is when a customer chooses to end their subscription. Subscribers might decide to cancel a subscription in this manner for any number of reasons, perhaps their perception of the value of your product has changed, or they have experienced poor customer care. If possible, it’s essential to try and find out why so that you can build a strategy to reduce voluntary churn.

Involuntary subscriber churn is when the subscription terminates without the customer’s awareness. It may be a failed payment due to insufficient funds, expired credit card details, or the bank’s fraud prevention system.

How is subscriber churn calculated?

Five metrics you should know if you want to lower subscription churn:

If you want to know how to calculate the customer acquisition cost (CAC) or lifetime value (LTV), read our blog on SaaS acquisition and retention metrics for sustainable growth.

The four subscriber churn metrics we will show you how to calculate below are:

When calculating subscriber churn, you need to know: 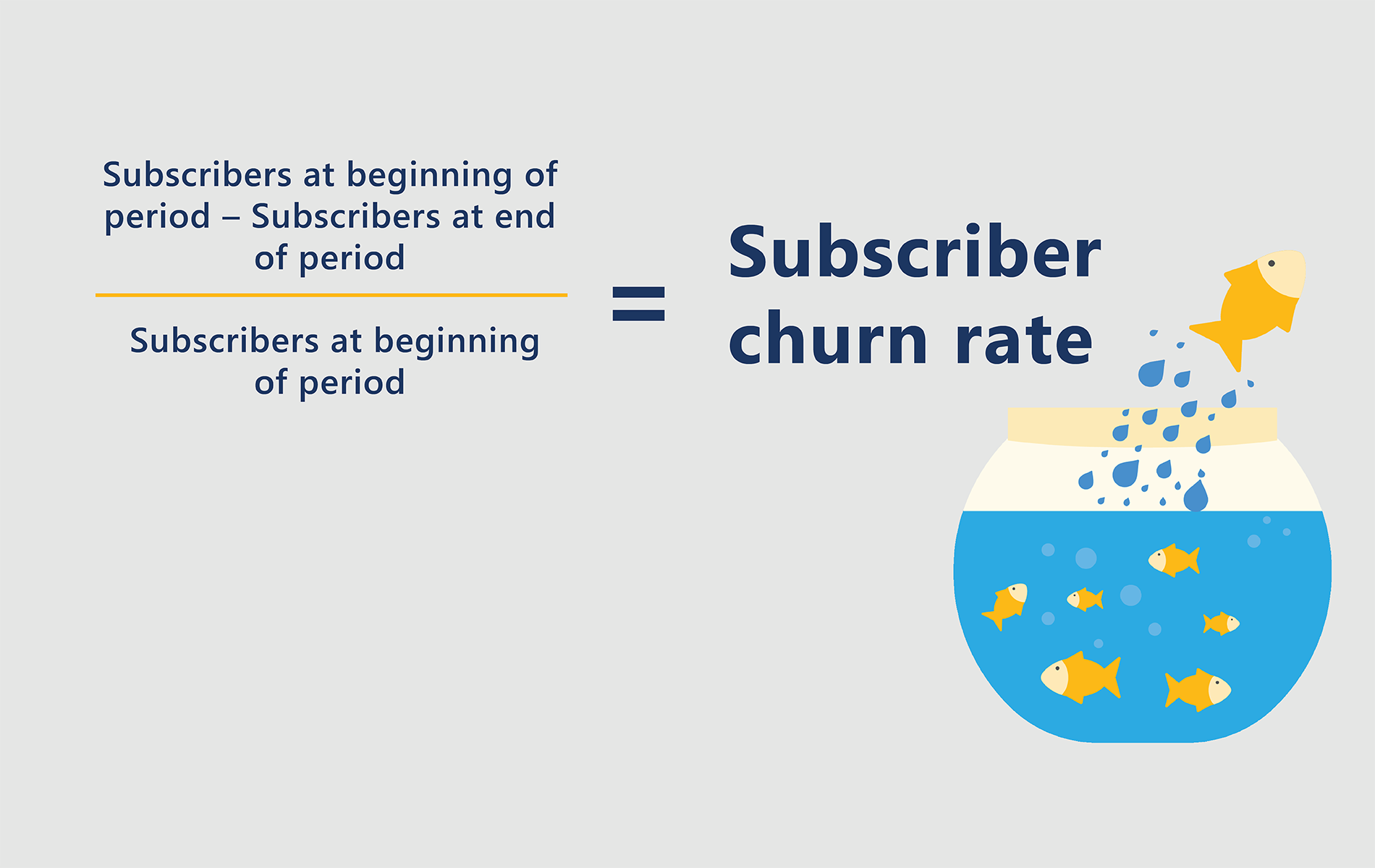 What is a sustainable subscriber churn rate?

Generally, 2-4% customer churn per month is healthy if the business is offsetting this loss with new revenue or expansion. If not, the churn rate will grow over time, and if the revenue is not replaced, churn rate could become as hefty as 24% annually. Monthly churn is a good indicator of health but must be balanced out with new business to avoid this occurrence.

When calculating MRR churn, you need to know:

You then need to divide the lost MRR with the MRR from the previous period.

So, the MRR churn rate in this instance is .01% 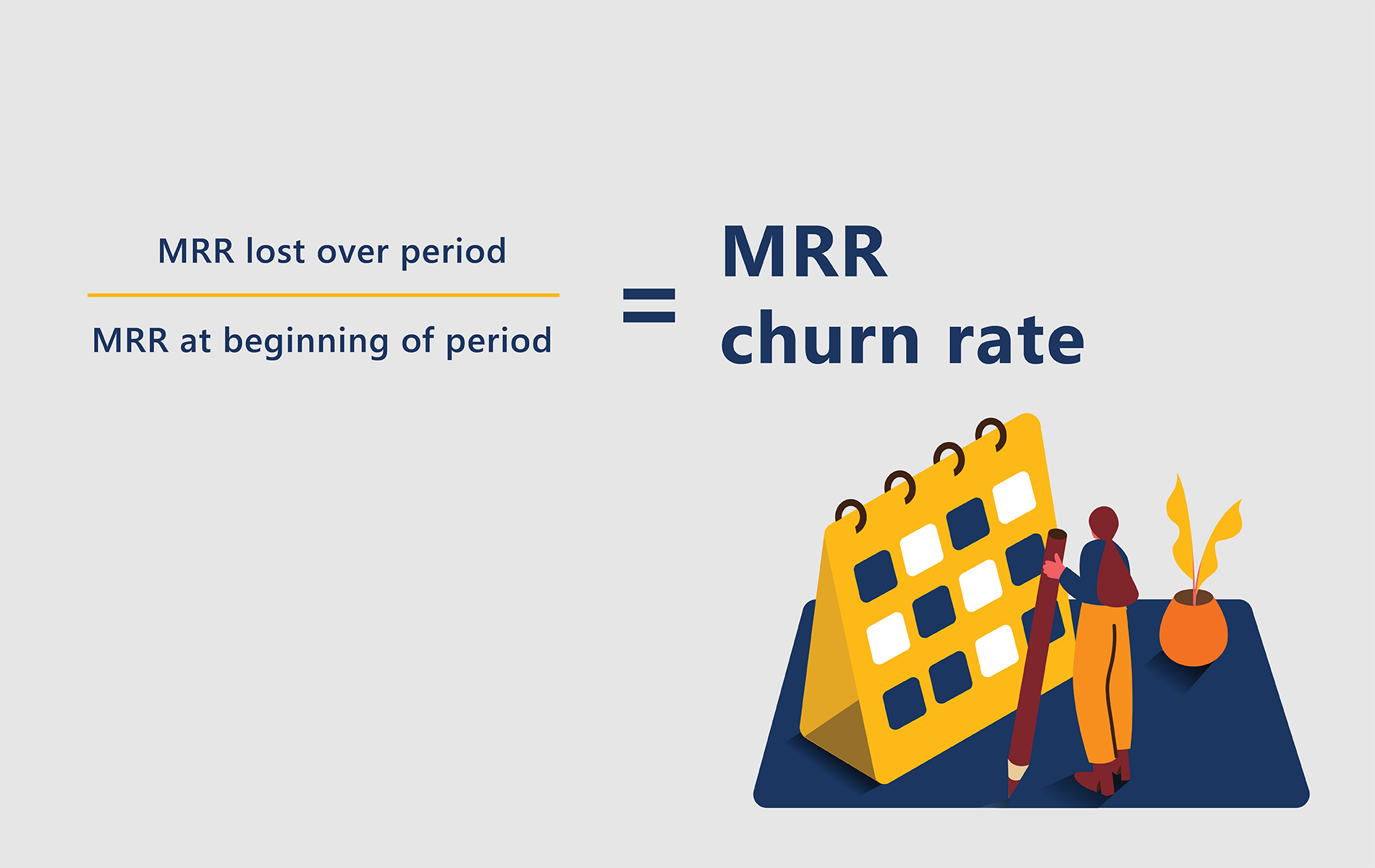 When calculating the gross MRR rate, you need to know: 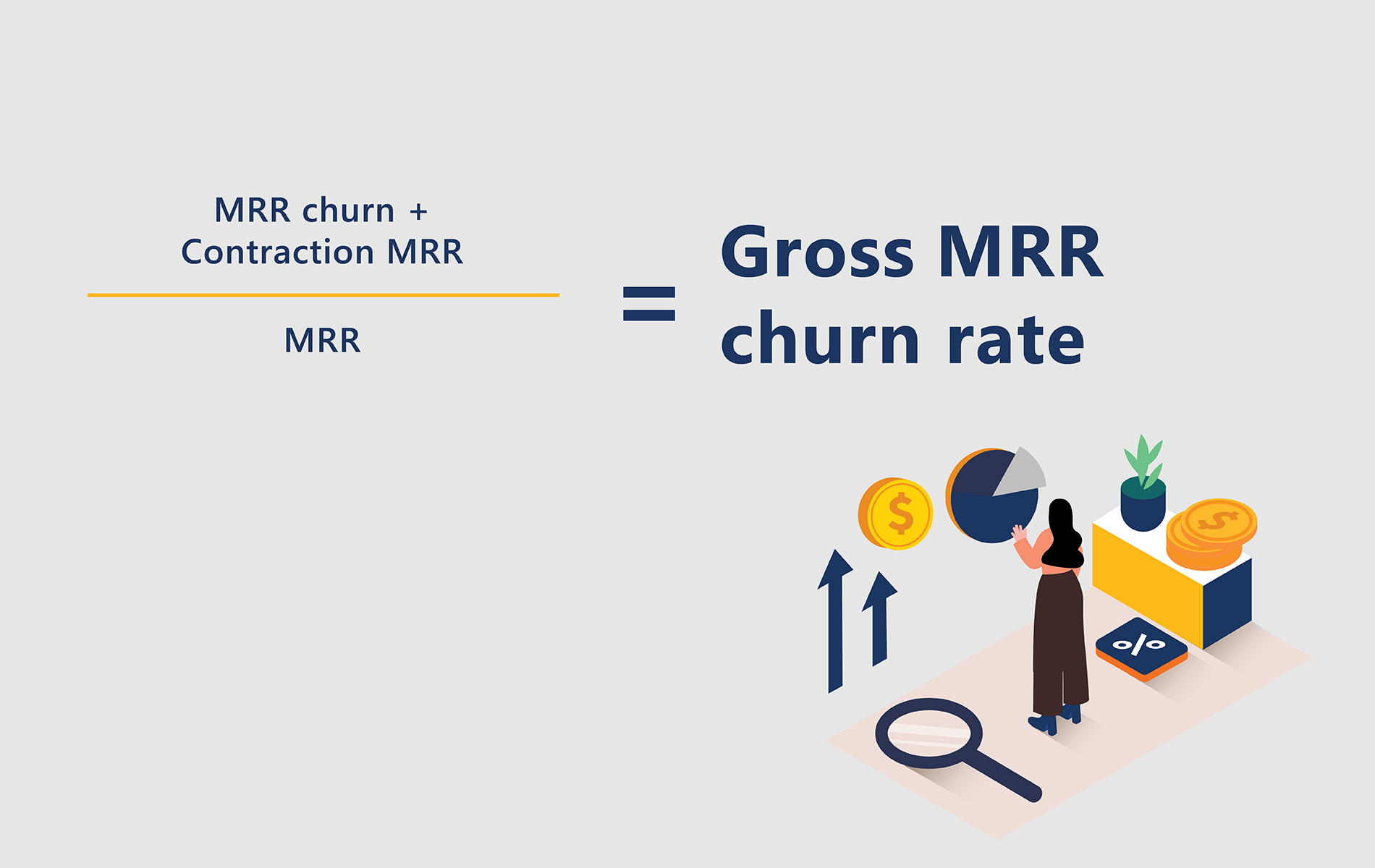 Perhaps the most comprehensive subscription churn metric, Net MRR churn, considers total loss from terminated contracts alongside other factors like revenue from expansions, upgrades, or other contract modifications. It is the best metric for predicting income from your current subscriber base.

When calculating the net MRR rate, you need to know:

This calculation requires the most steps. First, you need to get the gross MRR churn by adding together the MRR churn and contraction MRR. From this figure, you need to subtract the expansion MRR. Then, divide this number by the MRR at the beginning of the period. 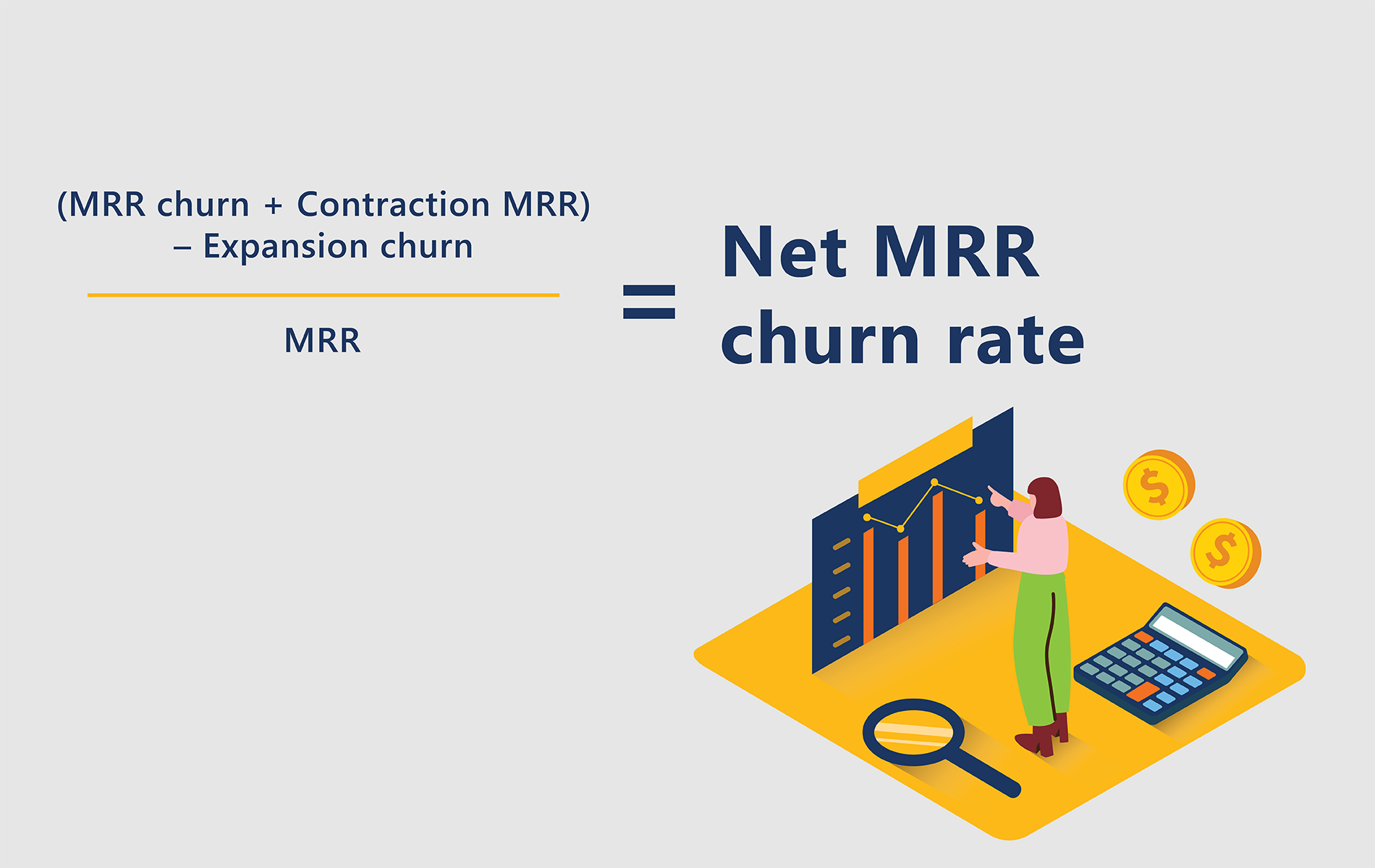